People underestimate the power of the gas pedal

People underestimate the power of the gas pedal:

Did you know that you can easily take your foot of the gas to slow down?…You do not need to necessarily brake each time.

This is what in our household we call “BRAKE HAPPY”.

Would you like to know how this ties to acting? If your answer is YES! OR Possibly!!! No???

Well, I’ll tell you regardless because it does in a way tie into acting, and pretty much generally in life.

Here’s an example, actually it is more so of background information as I haven’t had the time to really write anything over last several months, don’t’ worry I will tie this all together in the end, BE PATIENT:

Earlier this year I was blessed to work on a short film by George Reese called Reconquista. I prepped for the role, tried to get as possibly fit, and as familiar as I could with firearms for my character CARMEN VELASCO. She’s a tough ex-military, ex-prisoner, BUT none the less a tender soul who is stuck between making the right choice in order for the world to regain peace. It was the best time! I learned a lot, and it provided me with an opportunity to gain a new set of skills.

At this time, this was the only project I was solely committed to. I tried to not overbook myself with work due to it possibly affecting my full commitment to this character. I said to myself “one thing at a time Reyna”. Reconquista took about 2 months on my end to complete, between physical and character preparation for filming. We wrapped at the mid May or so. IT WAS FUN!

During the production process of Reconquista I was attending acting class; The Self Reliant Actor on an ON-OFF basis; with John Woehrle. John is my coach, teacher, mentor, friend, actor, playwright, director, and producer. John was and had during my filming been in pre-production for The Self Reliant Productions new play TRUST.

Well, so it’s June now and rehearsals for TRUST have begun. I believe I had about a couple of weeks in between wrapping Reconquista and TRUST. The experience itself to work on a new play with an unbelievable and talented cast was so worth the time invested. I can possibly say, it’s one of the most truly focused and committed work I have ever done in my short time (4 years) as an actor. I am so proud of the work I did, and the work that we all did. :) (hugs self) fyi: There’s a small synopsis of TRUST in another write up (check it out).

So shortly between finishing the play TRUST, I got asked to audition for the role of Sleeping Beauty in a short film by Simone LeClaire titled Earth. Did I mention that Simone is a lovely human being? I love her spirit! Oh, on a side note! I also believe I found the time between Reconquista and TRUST to do several self-taped auditions and live auditions in between and meet with new directors for possible upcoming projects.

Working on EARTH. Well, wow! Everything about it was so magical. The set, art direction, directing, cinematography, photography, the crew, the actors, the people were all so amazing to work with. I can’t believe I got so lucky to be a part of this really important project. Even though I only had a one day commitment, and one line, it was and is the most powerful line in the film. You’ll see!

Theater People is currently in production, and I’ve been working on this series as a Series Regular for the last couple of weeks. Things are moving so fast! This series is freaking hysterical, my character GABY FUENTES is a delight, she is very versatile and a happy, peppy! Yes peppy persona! I will be posting a lot of about Theater People on my facebook page. The process itself has been amazing, getting to work with other actors who I’ve had the opportunity of working with, not to mention I get to work with Simone LeClaire again!

So, we are In production for Theater People and I am somehow still managing to find the “time” to do other auditions and self-taped auditions, along with meeting with potential directors to act in their projects.

OKAY, so I just told you that I’ve been meeting with director for possibly acting projects. I am going to spill the beans on this one, as it was confirmed yesterday evening that I booked another series regular role on new pilot series; BLEED. I want to thank Meagan Sogge for recommending me for the role and Paul Von Stoetzel for having me along for this new and exciting ride! This role, this concept is so completely opposite of the current project; Theater People that I’m doing. I cannot wait to showcase the difference in character.

here’s me trying to softly tie this back together to my initial question. Do you remember what that was? I’ll remind you :)

People underestimate the power of the gas pedal:

Did you know that you can easily take your foot of the gas to slow down?

You just read all the projects that I’ve been fortunate enough to have worked on this year, and new opportunities to come. HERE IT IS.

Just like a gas pedal, you set your own speed, you can choose to press a little harder to go faster OR you can ease off the gas and steadily make your way without having to fully come to a STOP by hitting your brakes.

I’ve managed to set a steady speed on my acting work over the course of the year, I’ve made conscious choices to take my foot off the gas in order to regain control over the speed, without having to hit my brakes.

You’re probably asking yourself this “okay, okay, but why should this matter to me. I’m not an actor!”

Ever see the drivers in front of you whose brake lights are constantly going on and off, on/off, like a strobe light??? That’s what we call in our household “BRAKE HAPPY”, don’t be THAT driver, BE the driver that is smart enough to take his foot off the gas to slow it down. You know what I’m talking about…you’ve seen it.

THANK YOU SO MUCH FOR LETTING ME RANT ON AND ON ABOUT THE WORK I’VE DONE THIS YEAR, THANK YOU FOR PATIENCE IN READING ALL OF IT. LOVE YOU ALL WHO ARE READING THIS. :) - Reyna

NEW YEAR! SAME ME. -..a hybrid version. ANSWERING THE WHAT ARE YOU UP TO THIS YEAR QUESTION

People underestimate the power of the gas pedal

TO BE or NOT TO BE 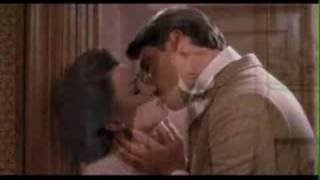